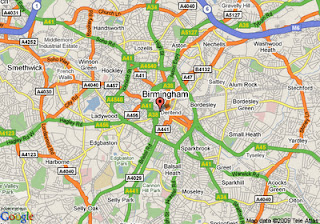 When we were in England, only a couple weeks ago. I was sitting in the car reading as Joe was in the laundromat doing the washing. He jokes that when he retires he's going to write a book about laundromats he has known and loved. Given that the UK is known for its complicated street system, one road can have 12 names in 11 blocks and city planners used dropped spaghetti to plot the course of thoroughfares, Joe who gets lost in Alberta, needs to have me to guide him. Well, actually I work with Ted, our GPS, who is getting old and is sounding breathless after negotiating two or three miles in England.

All this to say, I was sitting in the car. We were facing a 'food co-op' and I was alternating between reading and watching people amble past. At one point I looked up to see a fellow with a disability scooting along on his scooter. I watched as he nimbly made his way up the ramp and into the small store. Ten or fifteen minutes later he was heading out. He stopped, partway through the door, and I could see he was saying something to the people inside. Then he was off again, back the way he'd come from.

The look on his face was lovely. I could tell that he was enjoying being out, being independent, being fully engaged in living his life. There in the car, I really missed my own power chair. My travelling wheelchair is manual, I am grateful for it, but there are times, especially a week or two into a trip, when I miss the power chair.  I did right then. I missed having those moments of complete freedom and the ability to simply get up and go.

When I got home from work yesterday, Joe was in the midst of wrapping presents for the family - we are going to Ottawa this weekend to see Mike, Marissa and the kids. We'll be taking a whack lot of presents with us. We needed a few more things to be done and Joe asked if I would mind doing the shopping while he continued on with the wrapping. Me? Shopping? Oh, what a burden. So, I got home, hopped in the chair and I was off. I'm fully able to get in and out of the building without help - that took me about six months to master. So I have no worries about being on my own.

I went into several stores, made several purchases, enjoyed chatting with shopkeepers that I know. Having children in my life means saying sentences that I never thought I'd ever say, like, 'Do you have Barbie dolls.' We buy most of our toys for the kids at a local toy store that's independently run and full of cool and odd toys. The woman laughed when I grimaced at the need to ask for a Barbie doll. She told me, regretfully, that they didn't sell Barbies. I almost hugged her in gratitude. I tried. I really tried. Oh well.

Anyways, all this to say, I was having fun.

On my way back I looked over towards one store and saw my reflection in the window. I had that same giddly, gleeful look on my face as did that disabled guy in England. Freedom is a wonderful thing. So is independence. But so is the human impulse to defy limitations. I was once told that I wouldn't ever be fully moblie again. They were wrong. I am not only mobile, I'm motorized.
Posted by Dave Hingsburger at 3:59 am

I have M.E., and I've had more than one Occupational Therapist tell me that I should be very careful about getting a mobility scooter for fear I'll become dependent on it. Somehow this is a dreadful fate to be avoided if at all possible. They see that I'd be going places sitting down instead of upright. I see that it would expand my number of places I could go, and allow me to go to them more often.

Screw them. I'm saving up for a scooter anyway.

LOL. Ever considered jingle bells on the scooter?

I like the map you chose to illustrate the post. Visiting a small village that is attached to the edge of greater Birmingham is definitely on my bucket list. Maybe next year...

I love that you say that one road can have 12 names in 11 blocks in the uk. I think it's striking that over the Atlantic, 12 roads can have the SAME name with complicated extras that are meant to tell you which bit of the road but are impenetrable to me!

This had me laughing, as being from the UK I think our road system is EASY!! For me blocks are hard - and what is the deal with having to give the two street names a place is on e.g it's near the corner of X and Y?! We don't have that here in the UK - much simpler!