The Windows of the Short Bus 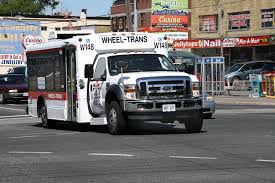 Our trip to ComiCon this weekend began with all of us getting on the WheelTrans bus. Ruby and Sadie, in particular, like riding the big, but short, bus. On the ride I learned that the WheelTrans bus had bigger windows and different kinds of seats that the bus the girls ride to school. Interestingly, they didn't seem to notice the things that made the bus accessible. The ramp, the 'kneeling' feature or the tie downs, it was all about the windows and the seats.

I'm glad that the girls are getting the experience of being 'in' the bus, rather than just seeing it from outside. Seeing it and wondering about the people who are in it. Seeing it and coming to fear the people in it. Seeing it and coming to think that the worst thing in the world would be to ride in it. Instead, they think it's cool. They like the drivers - who to a one over the several times they've ridden the bus, have been wonderful to them. They like the view through the big, big, windows. In fact, on this ride they compared it to our own personal 'space ship.' USS WheelTrans Enterprise!

They've met other people with disabilities on the bus, of course, and they meet them when they are going places, doing things, living lives. We dropped one guy off at the terminal for the Toronto Islands Ferry. We dropped a young woman off at a mall downtown. We dropped one fellow, and his girlfriend, going off to a bar. All of these at different times on different rides. The bus is simply a transport for people going about the business of living their lives.

I've never talked to them about the bus or the people on it. Sometimes experiences are best had, not analysed, sometimes object lessons teach themselves. When we arrived at ComiCon, they piled off the bus all excited about where we were going. They wanted to know why I hadn't booked the bus back - I didn't know what time to ask for so didn't book a ride. When I explained, they were disappointed but understood.

And because they've looked out of those windows, they'll always see the world differently.
Posted by Dave Hingsburger at 10:00 am

"Sometimes experiences are best had, not analysed, sometimes object lessons teach themselves."

That in itself is a lesson in restraint, which is one of the hardest lessons of all to learn. I wonder how many times I've pontificated to others the lessons they should be learning when in fact I could have just shut my mouth and let the lesson teach itself.
A very good thing to meditate on today.