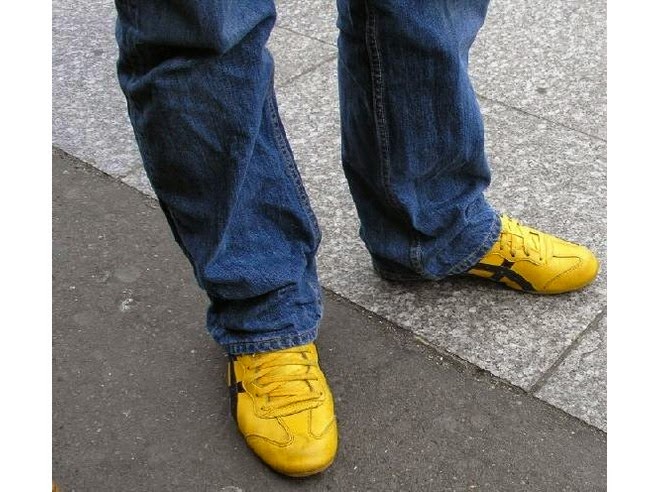 Typically I get up somewhere between 4:00 and 4:30 every morning. I start work at 7:00 and usually am on the bus a little before 6:00. This isn't as hard a routine as it may sound because, ultimately, I'm a morning person. So it was really unusual for us to have slept in, wonderfully on the first day of a vacation, until after 9:00. We were both in a bit of a shock. We muddled around a bit, slowly got showered and dressed. No reason to rush. No bus to meet. No work to be done. In all that we decided to go down to the Garden's for breakfast.

I'm referring, of course, to Maple Leaf Gardens, the home for many years to the Toronto Maple Leafs, which is now a huge Loblaws grocery store. They have a counter from which you can get breakfast at a really reasonable price and a cool seating area where you can eat, chat and watch the shoppers going about their business. We ordered our breakfast, got our teas, paid the bill and then went and grabbed a table. We chatted about the upcoming week.

It was very different being there so late in the morning. We are usually there, when we go for breakfast, hours earlier. Then the place is quieter, there are few people at the tables and fewer roaming the store. This morning it was full to the brim, hundreds of shoppers everywhere. A people watchers paradise. As I settled into my first cup of the tea, we started to plan the rest of the day.

It was then that my eye was drawn to a young fellow, in his late teens, who walked with a slightly off centre gait. He caught my eye, not because of the way he walked, but because of the degree of worry, anxiety and stress his face was showing. He glanced around, nervously, looking, searching, like he knew he would find something he didn't want to find. I know that look. When I enter a new place, or when I'm feeling tender, I glance around to see if others are seeing me, staring at me, laughing or joking about me. This isn't something that I do often now, but there was a time ... yeah, there was a time.

He walked as if it was a struggle to eliminate any perceptible difference in how he moved. It was the effort that was more noticeable than the difference itself. Then, someone calls a name, loudly, he turns to look. His face pales. It's his brother. They look to be twins. His brother's face had exploded into a huge grin and he was hurrying along as if he couldn't wait to tell his brother about something he'd seen or done. This brother's gait was not the tightly restrained one I'd just seen. This one was unrestrained and markedly different. This brother wore short pants. This brother had a bright blue narrow metal prosthetic that ended in a yellow sneaker. This brother looked no where but his destination.

When the brothers met, pants vs shorts, there was a lot of excited chatter that was met with a restrained and, nearly unkind voice, "tone it down!" The guy with the yellow sneakers said, loud enough for all of us to hear, "Awe, fuck'em if they stare, why do you care?" Then he grabbed his brother and pulled him along.

I know from experience, thrice over, that the closet is no place to live. That living in the shadow of the expectations of others is a cold place to spend a lifetime. That succumbing to the temptation to take the hate or the abhorrence or the intolerance or unwelcome in the eyes of others and turn it into a sense of self, leads to the death of your soul. Pride an open, defiant, celebration of difference is the only defence that's able to both defend and defeat those that measure worth in skin deep shallow gradients of normalcy.

It's always been pride against prejudice.

One day I hope to see those boys again, both wearing yellow sneakers.
Posted by Dave Hingsburger at 7:01 am

sometimes words are so true and beäutiful, the make me weep...