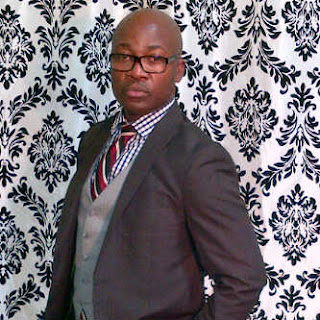 This is Valentines month and I've already written, in my head, my post for that day- it's one that I never thought I'd write. I'm bringing this up because the new issue of Service, Support and Success: The Direct Support Staff Newsletter, of which I am founder and one of the editors, has just released it's February issue, The Normal Heart: Supporting Love and Romance Within Service Systems. The issue written by one of the fellows who works on my team, Desmond Bailey, is about Romance. Desmond's premise is that we, in human services, often teach people a lot about 'sex' and very little about 'romance.' We all understand that many people with intellectual disabilities want loving adult relationships ... and yet when we teach about those relationships we leave the 'loving' out ... in the same way we leave 'intimacy' out when we teach about intimate relationships.

Shortly after the article was sent out we received an email from a mom (hope you don't mind me mentioning this) who had taken her son to a class about relationships and romance hadn't been mentioned. The article arrived the day after the class and gave her something new to think about and something concrete for her to want to teach her son. I am generously quoted in the article, I don't have it right in front of me here but the quote comes from one of my lectures, "Over all the years I have worked with people with disabilities in the area of sexuality I have never, once, been asked a question to which the answer is 'penis goes into vagina,' the questions I get asked about about relationships, how do I get a boyfriend, how do I let her know I love her ..." People with disabilities ask about the heart and get answers about genitals.

When I approached Desmond to write this article he leapt at the chance. He, too, has supported many people with disabilities who are lonely and want relationships or who are in relationships and want those relationships to have more depth, more romance. He did a great job on putting it together. I joked with him that I wasn't going to show Joe the article because I didn't want to raise the bar for romance in Joe's mind.

But it was just a joke. Joe and I began our relationship under the harsh reality of oppression. Throughout the formative years of our life together we had to constantly fight of any behaviours that would signal that we loved each other. If asked (the right word would be accused) we'd deny our affections. I had a woman friend who would go to parties with me, when needed, something that poured acid on a part of my soul that's never healed. Romantic gestures are often public - dinners, flowers at work, holding hands, a brief kiss at the bus stop before leaving - every one of those had dire consequences - being fired from work, being beaten up, being arrested.

And we kept getting the message that our love would be punished, two friends, in a spur of the moment reaction to good news, kissed each other at Yonge and Bloor, they were surrounded, punched by passersby and, when the police were called, THEY were arrested and their assaulters walked free. The message was clear - behave as if your love brings you shame. We learned that safe loving was making sure that romance was out of view. And we got good at it, we do nice things every day for each others. You might see it as romantic, but to us, it's how we learned to turn a cup of tea into an act of affection - romance under oppresion may not flourish but it can bloom.

In an odd way the lives of many people with disabilities who lived within systems or who were parented by parents fearful of relationships had similar experiences. Men and women would be separated into huge all male and all female wards, an eye was closely kept on any interactions between the genders. One woman, when she realised later in her life that she was purposely kept away from the man she wanted to love, was devastated by the realisation. We did bad things. Bad things that hurt. I know.

So, for me, watching Desmond work away at this article, having the opportunity to work with Angie, the newsletters co-editor, to edit the material and then to see it, when released, be positively received brings a kind of unfettered joy to my soul. We have a way to go, but we've begun. Desmond's goal was to get people thinking and talking to 'get the conversation started.' I think he did that.

If you haven't received this, and you thought you were on the mailing list, I apologise. The newsletter has grown so big so fast that I'm having trouble managing and creating that list. Just send an email to me at dhingsburger@vitacls.org. Leaving your email in the comments section or sending it to my hotmail or facebook accounts with NOT get you on the list - sorry. If you want to see back issues, just go to Vita's Website and click the tab marked 'newsletter.'
Posted by Dave Hingsburger at 4:33 am

this is simply great. My parents gave me a book called "what girls need to know" in my teenage years. It was about the mechanics of sex.
Due to my socialisation and being in hospitals very, very often because of my congenital heart defect I still have to learn about trust and being myself and relationships. I sometimes seem to ask questions a six or seven year old would ask about relationships and I am still not fully able to trust.

I think I will love to read the newsletter!

Desmond's article is so great. It truly raises the bar for ALL of us. Within hours of sending it out within our organization I had excited and positive feedback. Well done Desmond!

Everyone who remotely comes close to supporting anyone needs to read!! Thank you for sharing the newsletters. They are important and so good!! VITA has got it goin" on!

Throughout the formative years of our life together we had to constantly fight of any behaviours that would signal that we loved each other. If asked (the right word would be accused) we'd deny our affections. I had a woman friend who would go to parties with me, when needed, something that poured acid on a part of my soul that's never healed. Romantic gestures are often public - dinners, flowers at work, holding hands, a brief kiss at the bus stop before leaving - every one of those had dire consequences - being fired from work, being beaten up, being arrested.

I am so glad that society is changing.

Dave, i am honored to be part of your team. You are an inspiration to myself and many others. As you have mentioned in your blog this morning, one of my intent with the article "Support with Romance" was for Direct Support Professionals and other support providers to start having 'the conversation' about supporting people in service with romance. From what i have see and heard, since the article was published just over 24 hours ago - 'the conversation' has begun. Thank you; to you and Angie for your editing.

Congratulations on your Weblog win. "Rolling Around In My Head" is a vehicle that is making a difference. 'Weary not and faint not' continue the great work.