When I went on-line this morning to connect with my office at work, I checked my emails. One of them was a group email reminding people of the Valentine's  Day dance tonight. I knew that there were multiple events happening; a big 'couple's night out' at a fancy restaurant and, of course, the dance being the two biggest. I knew that many people with disabilities had been planning on attending the dance with their partners and with their fiances. The place has been buzzing with anticipation for a couple weeks now.

It seems to me, that Valentine's day, is second only to Christmas as a holiday to be most joyously anticipated and celebrated around Vita. This surprises me. I am jaded about Valentine's day ... I don't have a good history with it. Don't much like it in fact. But, that's me. And this isn't about me. I notice the genuine joy and anticipation that builds as the big day gets closer.

And I wonder about that.

And then realize, it is no wonder.

People with disabilities have more than a difficult history when it comes to matters of the heart, when it comes to love and relationships. It might not be seemly to write of the violence perpetrated on the bodies of people with disabilities ... the castrations, the forced sterilisations on a day celebrated with lace and chocolate. But you can't understand the one without recognizing the other.

Years ago, after hearing the story of a man with a disability, beaten because he was caught making love with his boyfriend, forcibly separated from the man that he loved, and who endured years of taunting and bullying by those paid to care for him, I decided to do something. Along with the direct support staff who worked most closely with him. We worked at finding the other man, his long lost love, and we brought them back together. Too much had happened, too much pain, they met, they embraced, they cried for a very long time in each other's arms and then the said 'goodbye.' Neither could conceive of a relationship, with anyone, ever. But they wanted the goodbye. He said to me, after it was over, "Love is wrong, people hurt you for it."

Years ago, after hearing the story of a man who was punished, sent to his room without dinner, for being caught with his girlfriend, in a downstairs room. He came out of that room to find that she was gone from his life. He never saw her again. I offered to help him try and find her. He just shook his head and said no. He said it was too late. He said he was too afraid. He said that he was worried that she hated him for getting her in trouble. "She lost her home because of me. She lost her friends." I offered a few times but then stopped offering when he asked me to stop offering.

So, tonight at the dance, partners and lovers will be together, openly, and without fear of punishment. What will happen there, mundane to many who've lived in freedom, will be a riotous act of liberation. Music will play, bodies will move, lips will touch. Valentine's will happen.

Remember it's love that is always revolutionary.

Happy Valentine's Day ... let your love shake up your world. 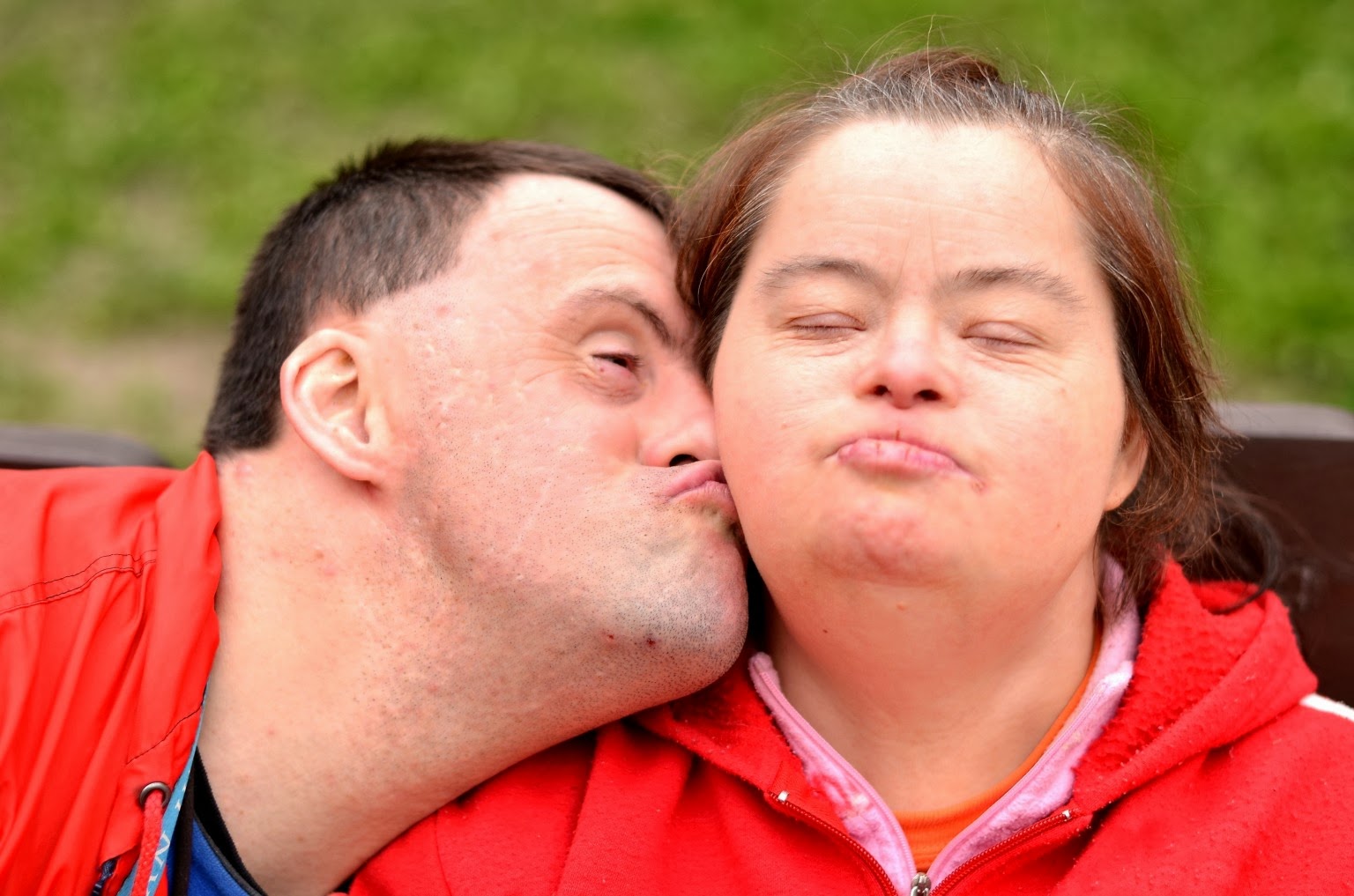 Posted by Dave Hingsburger at 5:48 am

Our history and much to often our presence is filled with to much violence, abuse of all sorts and control for the gratification of the people and systems that assert they are there to support our needs and protect our well being.

In my lifetime I have observed some gradual improvements, but not enough.

I find both delight and some envy that people who have disabilities served by Vita will find a safe haven for friendship, love and joy on this special day that we set aside to recognize love.

Obviously, I too do not have a happy history with this Holiday.
Perhaps during the second half of my life, there will be further progress in how society values those of us who have disabilities and hopefully at some point I will find the person who sees me and not the perception of who I am.

Thank you to my family and friends who share their love with me and Happy Valentines day to all the lovers out there.

So - while most folks would balk at the idea of someone controlling their personal decisions - ESPECIALLY those regarding whom they choose to love - they don't have a lot of problems deciding that issue for someone else . . . especially those that they deem need protection.

And some of those controlling choices are made out of what they consider "love."

If anything - our species seems to have mastered irony . . . .

oh. I want this post to be on billboards, to go viral on the internet, to burn peoples’ eye with tears and hearts with pain.
the control we inflict on ppl with disabilities, particularly thinking we are caring parents, relatives, staff, supporters, is most cruel when we interfere, block, undermine, destroy relationships between equals by asserting they are not equal to us and we have power to kill love. Because we really can kill it with our cruelty, in spite of the depth and strength and quality of the love.
I want it to stop, this misplaced control that traps people we powertrip over into diminished, unhappy people. It turns us grotesque.

Thank you for this, and for all the beautiful work that you do.