The Guy in The Hall 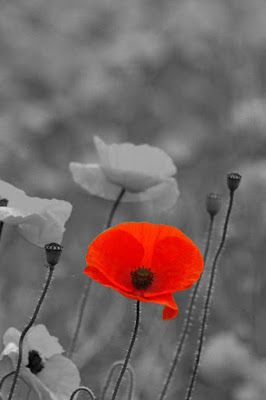 There is an unmistakable sound that a walkee talkee makes when it bleeps to life on someone's belt. I heard it when I rolled over, a tinny voice was checking in, the guard walking past our room at the time, answered that all was well. It was dark. Inside the room and out. No light came through the window. I checked the clock beside the bed, it was just after three in the morning. At three in the morning someone was patrolling the hallways, making sure that we all, vulnerable in our beds, were kept safe. Making sure that we could rest without worry. Making sure that our sleep was sound. I woke again a couple hours later having forgotten about him. The man in the hallway. Completely.

During a workshop for self advocates, a woman speaks. She talks of her child. Emotion fills her voice as she described her desperate wish that her daughter be safe. Completely safe. Growing up she herself had experienced extreme bullying, extreme torment, all of which happened under the watchful eyes of those who were paid to care - but who did not. A little girl is watched over by a mother who, knowing pain, protects her, works towards a safer world for her. A little girl who can sleep at night knowing that the boogie man would be taken down in a head lock by a mother willing to give her soul for her child's safety. A day or so later, I'd forgotten the interchange. It receded in my mind like a tide gone out.

It was dark when we got to Tesco. We wanted to rush in and pick up something for supper. We've bought a steamer and cook in our hotel room. This gives us control over our food. As a vegetarian and a diabetic, this really helps. Standing at the door, as if on guard, was a man holding a box of poppies. He did not push them on others, he did not beg people to buy, he simply expected us to be responsible as he once had been. Joe and I searched our pockets for change and found none. We told him we'd stop and get a poppy on the way out. He simply smiled and nodded.

We came out, each with a pound coin in our hands, moments later we were wearing poppies. He thanked us saying that he appreciated us keeping our promise, that many these days had forgotten ... 'to keep their promises' I asked ... 'no,' he said, 'why they can safely go shopping on a Tuesday evening.'

I have not forgotten.

It's not much to be asked.

For the ultimate gift - safety, security and the ability to have a good night's sleep.

Oh Dave, what a beautiful post. I will never forget either.

Side note: isn't in interesting how the poppy now symbolizes remembrance when it used to symbolize opium!