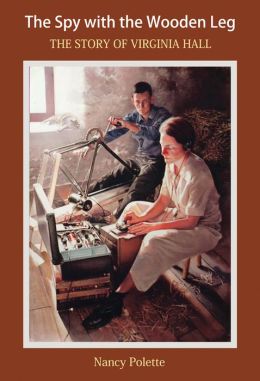 It's Remembrance Day in Canada, a day which holds tremendous meaning for me. It always has, my father fought, and was wounded, in the Second World War. He chooses not to talk about it, he chooses to remember in silence - no one hat lasts for 60 seconds, but one that lasts a lifetime. I remember seeing a picture of my dad, taken just before he left for war - a picture of him, unwounded, no bullets holes in his body; a picture of him before his eyes would scar his soul with the things he'd see. The picture looks like a picture of someone who looks like my dad. I always had a secret wish that I could have met that man - if the world had been different - I'd have liked to met the smiling, happy man in the picture before ...

But beyond a deeply personal meaning, Remembrance Day has taken on layers of meaning for me. Firstly as a professional in the disability field, then as a person with a disability myself. I had never been taught about the slaughter of disabled people in Nazi Germany, I had never even heard it mentioned. I remember, with a shock reading of the T4 program which led to the killing of those considered inferior. Using language, uncomfortably like the rhetoric of today, of the 'cost' of these lives and promotion of the 'life not worth living', people with disabilities fell at the hands of the doctors who suddenly had forgotten their oath of care.

But I also remember the heroes with disabilities who fought in the war. There are so many to choose from, but I think my favourite is still Virginia Hall who had lost her leg after a hunting accident. This meant that she had to resign her position with the US Embassy because they would not employ a person with loss of limb. She made her way to England and joined forces with the Special Operations Executive who trained her and sent her back into the field as a spy. She became the 'limping lady,' a thorn in the side of the Nazi's who named her the most wanted of all the Allied spies. Perhaps because she was one of the most effective. This woman deemed 'unemployable,' this woman who was compelled to resign because of her disability, went on to be an important part of the British war effort.

I suppose it's only fair that I mention Cuthbert. Cuthbert was the nick name that she had given her wooden leg. It was also used as a 'code name' if she had to mention it in her communiques. At one point, when escaping danger she wrote, "I hope Cuthbert doesn't give me any problems." The operative who received this missive, didn't know who Cuthbert was but knew how important it was to get Hall out safely responded with, "If Cuthbert gives you trouble, shoot him.:

Cuthbert made it out alive.

Today, when we mark our minute of silence, I will think of my father, I will think of those who were 'cleansed' from society under the T4 program and I will think of Virginia Hall and others with disabilities who fought the good fight - soldiers, pilots and spies - against an enemy who saw no worth in their lives.
Posted by Dave Hingsburger at 6:40 am

I'd never heard of Virginia Hall—clearly someone we should know about. When reading about what people did during WWII, I always wonder what I would have done, since I consider myself somewhat lacking in bravery. Lucky for all of us that people like Virginia didn't wonder but got to work.