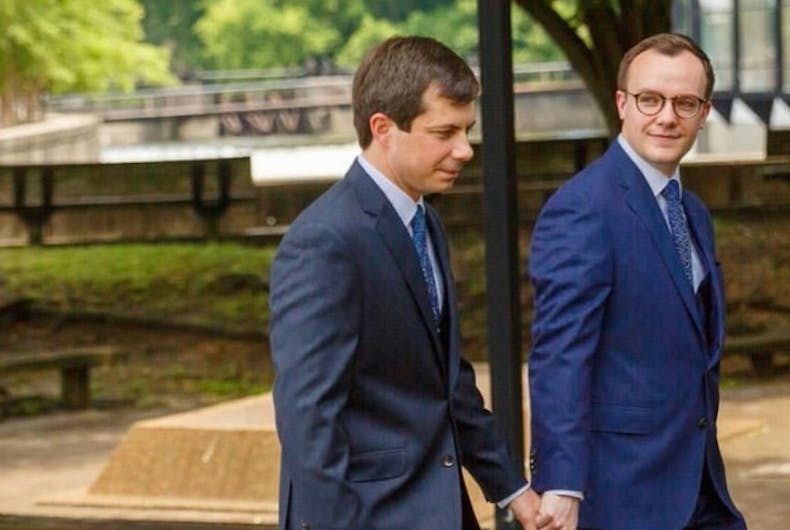 And we thank you for it.
Posted by Dave Hingsburger at 8:33 am

We are making a difference even if we have a ways to go. As part of Team Pete I can tell you his in person reception has been fabulous

As part of Team Pete I can tell you that reception to his in person appearances has been fabulous.

This post reminds me of a conversation I overheard in 2007 prior to Barak Obama's election. I was in a hospital waiting room with a dozen or so other people, and CNN was reviewing a presidential debate. Most of the people in the waiting room had opinions to offer, and there were some of the inevitable racial slurs and tasteless attempts at humor. Someone commented that times sure were changing. Then an elderly black woman spoke up. She said she was 92 years old and people frequently exclaimed over the changes she must have seen in her lifetime. She said down underneath where it matters, things hadn't really changed all that much and America wasn't ready for a black man in the White House. She said every morning and evening she read Scripture and prayed, and that twice a day she prayed for that young man's safety, because someone somewhere was going to try to shoot him. She said if he made it that far alive, she would not watch his Inauguration speech. She said she was as proud of that young man as if he had been her own grandson and he had worked hard to get where he was, but that he worked hard at being a good husband and father, too, and she couldn't bear to be watching on national television when those two precious little girls lost their daddy. That is what really stuck with me - her resignation to what she saw as an inevitable, that Obama would be assassinated for being black.

US media takes opportunity to foam at the mouth over 'foreign interference' in our election process all the while sweeping under the rug their OWN much more insidious manipulation. Money, ratings, and perceived drama in match ups are what drives media motivation. Trump was promoted via CNN in 2016 because he boosted their ratings. (And if you believe the Wiki email leaks, Hillary more or less asked them to.) If Pete isn't able to draw ratings or show he is raising a lot of capital . . . well, he's not going to be heard. (Tulsi Gabbard and Andrew Yang are other worthwhile candidates they are marginalizing.) I am glad to see him running for the Democratic Party nod for the highest office in the land. Before long though - the media will have convinced everyone Elizabeth Warren is the best candidate. (Biden won't make it. Neither will Bernie, nor Harris.) Still - this is a good moment . . . .

My husband and I will vote for Pete with great pleasure if he becomes our candidate. He is an impressive young man with a good head on his shoulders. And a nice husband.

His politics are excellent.

Great article  Thanks for sharing

Have you ever read the comments made about Hillary Clinton and most other women? Google memes of AOC, if you want to see how sick people are. That's the nature of the internet. People are horrible. Personally, I'd be happy to vote for Buttigieg if he gets the nomination, but I don't think he'll get it, and it's not because he's gay. It's primarily because he's not all in on medicare for all, which the left of the party is pushing for. Personally, he's a little too cozy with Israel for me. And, then, there's going from being the mayor of a small city to the POTUS, which is a pretty big leap.